Go to investigate with an open mind; Journalists tipped on Infrastructure Procurement Reporting; 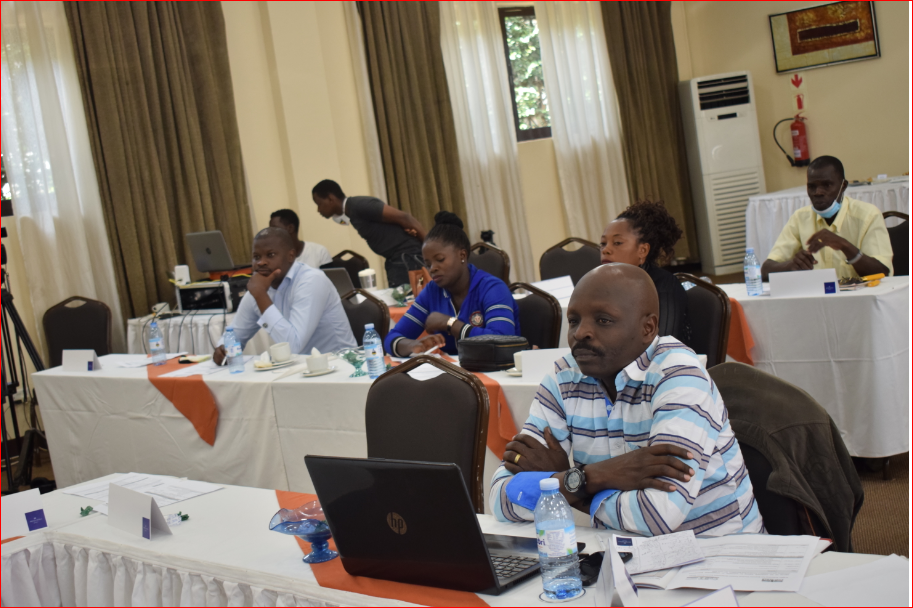 CoST Uganda in partnership with DFID under the project Business Integrity Initiative (BII) conducted a media interface on 30th June 2020. The main objective of the media interface was to strengthen the capacity of journalists on public infrastructure procurement processes.

The engagement attracted 39 (29 Female, 13 Male) stakeholders including 29 journalists and 10 additional stakeholders. The engagement was aimed at empowering journalists with knowledge and skills in public procurement processes for infrastructure projects. The journalists were further equipped with skills in investigative journalism, data journalism. The event was also used to share findings on the GPP infrastructure data analysis report to a wider coverage to build clout for the Fair Business practices campaign.

Facilitating a session on the public infrastructure procurement processes, the Director, Corporate Affairs PPDA, Mr. Edwin Muhumuza, pointed out the key areas prone to corruption in infrastructure procurements including; Procurement Planning, Compensation of PAPs, drafting of specifications, Evaluation, Contract management, bid receipt, and opening, Advertising and Contract award. He also noted that the media is very influential in awareness-raising but especially, he tasked the media too;

Talking about Investigative Infrastructure journalism; Emmanuel Mutaizibwa, a Senior journalist noted that, an active journalist is never off-duty. They have to keep their eyes open and notice blocked drains on the road as they travel to work, stalled projects, delayed projects, cracks on completed buildings, complaints from citizens, etc; Go to investigate with an open mind. Be ready for a story to change from positive to negative or vice versa. There may be more story ideas than seen at first glance, requiring an investigation and some probing. Keep an ideas section in your notebook and jot down everything you observe or the questions that arise! Better: Record them on your mobile!

Participants during the media training;

Giving journalists tips on story identification, Emmanuel noted that reporters complain ‘I don’t have enough evidence!’ even after visiting the site of a story, talking to people and recording details. But this is already evident. Something that happens to you is no less valid as the starting point for a story than something that happens to someone else. The advantage is you know it is happening because you experienced it. Reporters are their own best witness, and it is always preferable to have first-hand experience and observation to help in shaping a story – backed up by detailed notes taken at the time. Never rely on memories! A mobile phone with a powerful camera is a huge advantage. So, photograph that leaking sewer as soon as you see it!

Speaking about data journalism, Mr. Alex Atuhaire, a Senior Investigative Journalist advised journalists to always be armed with facts before putting anything on paper. He noted that it is very critical for journalists to go in-depth to investigate a single story that may uncover corruption, review government policies or of corporate houses, or draw attention to social, economic, political or cultural trends, but this requires generating story ideas, planning the investigations; gathering extra data, interviewing and researching; writing/producing the stories.

From the media interface, CoST Uganda observed the following outcomes;

Resulting from the engagement, journalists expressed an increased understanding of the public infrastructure procurement processes; Journalists were also able to relate and share experiences from practice to theory. The discussions on investigative journalism invoked their interest and from the assessment forms, most of them called for more of such sessions. At the end of the engagement, there were areas of interest identified for them such as sharing by the private sector – contractors and the legislature – members of parliament and CoST Uganda will be looking into these. Journalists are called upon to categorize themselves, build interest in infrastructure procurement reporting with aspects of promoting integrity and fairness in the way infrastructure procurements are done, encouraging opening up of the market to enhance competition and participation, by so doing, more firms will engage and there will be fair business practices.