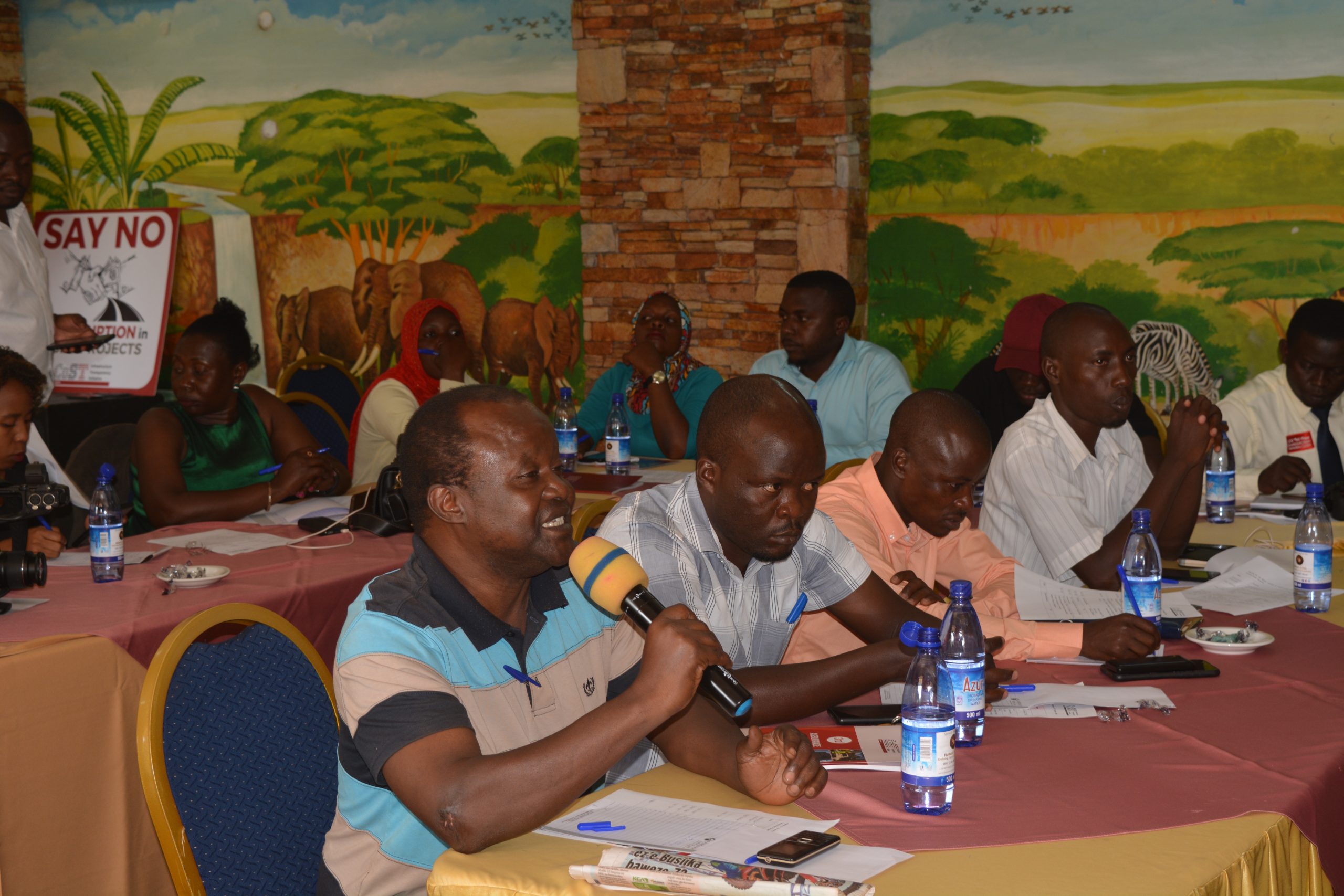 The Business Integrity Initiative has led to a growing focus on the way in which the media reports on issues of fair business practices in Uganda. This follows a series of focused engagements and mentorship sessions with selected journalists held by CoST Uganda during the period January 2020 – February 2021. CoST Uganda set out to strengthen the capacity and skills of journalists, to report on infrastructure projects and issues concerning transparency in procurement and access to information. One of the main challenges faced by journalists was a lack of understanding around the public infrastructure procurement processes, and a lack of knowledge as to how to engage government officials to access the information needed for objective reporting. There was less focus on infrastructure journalism prior to CoST engagements[1], and in cases where stories were published, a tendency to report subjectively damaged relationships with public officials and reduced cooperation regarding data collection. At the journalist’s webinar[2] held by CoST Uganda in May 2020 a public official noted that:

“Journalists publish messages that are addressed to no one, they also come to us without knowing what they want, and most stories are subjective and attacking public officials. Journalists need to be clear on their messaging and improve the quality of reporting” Ms. Susan Kataike, Principal Communications Officer, Ministry of Works and Transport (MoWT).

One of the main reasons cited by journalists on why they do not report on infrastructure issues during the online webinar[3] of 18th May 2020 was a lack of transparency from public officials, who often refer to the Official Secrecy Act of 1964 to deny journalists information. Other challenges included the complex terminology common place in the infrastructure sector, and a lack of credible sources on infrastructure projects and in public procurement. This lack of expert knowledge around the sector meant that understand of, and interest in, issues in the sector was generally low.

Speaking during CoST Uganda’s journalist webinar, Zahara Namuli, a female journalist from NBS Television said: ‘’Journalists do not document issues in these projects because there has not been any advocacy in this area before CoST Uganda, especially in infrastructure procurement. Procurement and engineering data is complex, and most journalists are juniors who lack the technical skills to report on these complex issues. Gaining access to projects is also very difficult, project and procuring entity officials are usually unfriendly and do not want to provide information, a moment spent giving information to a journalist is seen as a waste of time.’’

In response to these challenges, CoST Uganda organized training sessions for journalists to enhance capacity and build journalistic interest in the infrastructure sector focused information. The sessions were held on a quarterly basis attracting a section of journalists from Television, print, radio, and online influencers. Each session attracted atleast 45 journalists. These journalists were majorly drawn from the CoST Uganda press team, a group coordinated through a Whatsapp group and selectively identified through their respective editors.  These sessions also acted as an opportunity for journalists to share experiences, lessons learnt and challenges faced when reporting on infrastructure projects, and to identify strategies for improvement.

The journalist training took an issue-based approach, focusing on developing the understanding of key areas raised by journalists as major inhibiting factors. These included:

“A journalist is never off-duty. They have to keep their eyes open and notice blocked drains on the road as they travel to work, stalled projects, delayed projects, cracks on completed buildings, and complaints from citizens among others; Go to investigate with an open mind. Be ready for a story to change from positive to negative or vice versa. There may be more story ideas than seen at the first glance, requiring an investigation and some probing. Keep an ideas section in your notebook and jot down everything you observe or the questions that arise! Better if you can record them on your mobile” Alex Atuhaire, Investigative Journalist speaking to journalists at the Media session on 30th June 2020

Journalists have made over 50 publications[5] under the theme “Promoting Fair Business practices in Uganda” The ‘’media forum’’ has grown to a team of 57 committed journalists who come from various media houses, and have expressed commitment to report and engage on infrastructure projects continuously. They have also been invited to related engagements by the Public Procurement and Disposal of Public Assets Authority (PPDA), Africa Freedom of Information Centre (AFIC) and the Uganda Association of Consulting Engineers (UACE) among others.

Following the CoST Uganda’s mentorship sessions, journalists such as Jaramogi Patrick, quoted below, have testified to their increased capacity in documenting stories on public infrastructure projects: “CoST engagements have informed my work as a journalist. I now know how to get information and I get it when I contact the respective public officials. My media pieces have very much improved in terms of quality and balance. CoST engagements have helped us understand the issues we should consider when reporting, how to get data, and how to spot flaws in procurement and our role in promoting transparency. Issues happen every day in Uganda, so media engagements on infrastructure projects should be held frequently to enable us keep on the right track with new knowledge and skills. With the trainings and exposure from CoST Uganda, I have received various invitations for further training such as an invitation by the Open Contracting Partnership for a training on red flags in reporting public contracting” Patrick Jaramogi, Journalist.

Following CoST Uganda trainings, Deo Wasswa, a Radio Journalist with Capital FM felt empowered and interested himself into investigating performance of the road projects in Kampala Capital City Authority (KCCA) and Wakiso District Local Government his home area. Deo indicates that the level of responsiveness within the public entities has greatly improved and he has received the information he always requested for. “Disclosure is still low proactively, but every time I approached Wakiso District Officers, I received the information that I needed to inform my stories. Regarding KCCA, as a radio presenter, I used my programme to talk about the bumpy roads, and the potholes across the city, I never pass a pothole and I do not take a photo or talk about it during my programme. I also publish the gaps on my social media platforms calling for action. Infrastructure journalism is now part of me and I take responsibility to report any problems in the roads sector in Kampala. I know I have raised awareness and I will continue to speak about these issues, I have seen KCCA has strengthened maintenance and patching of city roads including those I reported on” Deo Wasswa, Journalist, Capital Radio.

Our experience with Government entities is improving. Drake Nyamugabwa, an online Journalist indicated having written to Public Procurement and Disposal of Public Assets Authority (PPDA) requesting for information to inform a blog on irregularities in public procurement, PPDA responded to him providing additional information noting that, the entity had intensified their monitoring efforts on compliance with procurement legal and policy framework.

The media sessions involved journalists, Procuring Entity officials who provided feedback on comments and concerns from journalists, oversight bodies such as the Uganda Media Centre, Public Procurement and Disposal of Public Assets Authority (PPDA), Directorate for Ethics and Integrity (DEI), Ministry of Works and Transport among others. The partnership with journalists will further be enhanced in the various CoST Uganda engagements, boosted by the media awards given annually and the infrastructure transparency sessions for journalists on the CoST approach. There remains a knowledge gap with a growing need for journalists to gain exposure beyond boardroom trainings. CoST Uganda aims to support them with the skills needed for hands-on monitoring and information gathering which will enable them to get practical knowledge on infrastructure related issues. 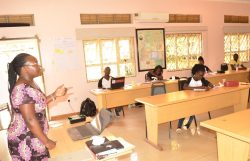 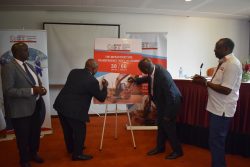 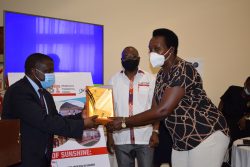