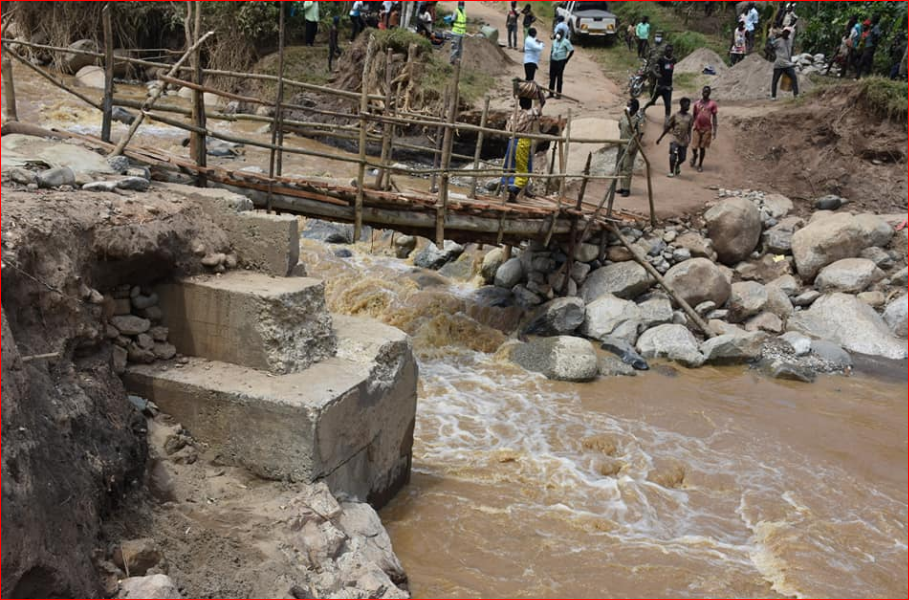 Keywords: I Climate Change I Resistant Infrastructure I Research I Planning

Whereas the country is grappling with managing the effects of COVID-19, at the same time the country is thriving to manage the effects of climate change on infrastructure which include, changing weather patterns, drop in water levels, and increased frequency of extreme weather events like floods, as well as drought, whose social-economic impacts make communities very vulnerable. A number of issues, questions relating to infrastructure planning, and climate change mitigation measures have remained unattended to. The experience of flash floods, rising water levels on different lakes, landslides have an impact on every crucial sector of the economy. To alleviate the effects of climate change on infrastructure and other essential sectors, proper planning is key.

Climate change is affecting a wide variety of sectors; agriculture, water, health, and human settlements. Environment and natural resources are under threat from both natural and manmade drivers of change including; poverty, rapid population growth, unplanned urbanization, expansion of informal settlements, industrialization, and the impacts of climate change and variability among others. Fragile ecosystems including hilly and mountainous areas, forests, riverbanks, lakeshores, and rangelands are facing encroachment and degradation. The effect has been increased water levels leading to floods that have drastically washed away roads, commercial buildings, hospitals, and schools.

Settlements and developments around Lake Victoria and River Nile have been affected by many hotels, beaches, and the individual houses already flooded. Some of the establishments submerged include Serena-Kigo Hotel, Speke Resort Hotel Munyonyo, Hotel Protea Entebbe, Gaba Beach, K.K Beach, Miami Beach, and several other beaches, markets, Gaba waterworks, jetties, and settlements/homes around the lake. A number of areas around Lakes and rivers have been identified as high flood risk areas and essential features such as schools, health facilities and places of worship both churches and mosques are at risk (Uganda Media Center, Ministry of ICT and National Guidance). Flash floods in the Ruwenzori Mountains (Kasese) have led to the destruction of Kilembe mines hospital and roads/bridges in the area.  Landslides in Elgon, Kigezi, and Kapchorwa regions have negatively impacted infrastructure in the country of recent, this has led cut off service delivery in the area especially in the health and transport sectors, thousands of people have been displaced from their homes and forced to relocate which also comes with a lot of challenges such as high cost of shifting, resettlement, hunger among others. In October 2018 floods killed one person and displaced another 8,000 others from the Nine affected sub-counties of Kasese (World Bank Feature story May 31st 2019).

In 2013, Kilembe hospital was hit by the first wave of floods that left the hospital in tatters, displaced most of the staff, who, to date have been commuting from Kasese Town to Kilembe, 8kms away, for work. The disaster re-occurred in May 2020 this time ravaging the Kilembe valleys through the Kasese Municipal council. The effects of floods are enormous and these must be a cause to worry. Water, Sanitation, and Health essential facilities such as drinking water and sanitation systems, health facilities, roads, among others have been affected. Possible waterborne and water-related disease incidences such as cholera, dysentery, malaria, and bilharzia are likely to increase.

Pollution levels are also on the increase and the country is contending with new and emerging environmental issues arising from e-waste, unsound use of chemicals, oil and gas development and the impacts of climate change such as droughts, floods, storms, heatwaves and landslides that have had serious effects on agricultural production, food security, nutrition, incomes, health status, and the livelihoods. Climate change potentially poses one of the greatest challenges for Uganda to realize its full development potential (6 Grantham Research Institute on Climate Change and the Environment, 2015. The 2015 Global Climate Legislation Study –Uganda) 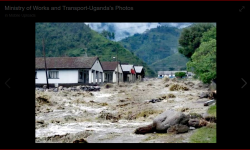 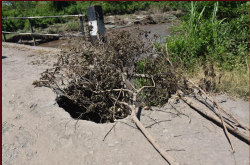 The rate of forest cover loss in Uganda stands at 2.6% annually, one of the highest in the world. According to the 2016/17 Uganda National Household Survey, more than 80% of Uganda’s rural households use firewood for cooking. The high demand for wood fuel and limited access to energy-saving alternatives means that forest cover is at risk of continued degradation. The increase in heavy rainfall is attributed to the changing climate patterns and rapid loss of forest cover, due to trees being cut down to be used as fuel, (World Bank Feature story May 31st, 2019)

The rising water levels on Lake Victoria which has gone up from 12.00 meters to the current level of 13.32 meters as of 30th April 2020 has affected a lot of established infrastructure especially housing units and agriculture.  It has also affected the hydropower generation Dams leading to power blackouts in the country. The increased water level is causing dislodgement of papyrus mats from encroached shorelines resulting in a huge mass of floating Islands that are dangerous to hydropower infrastructure.

Mubuku hydropower station was washed away by the heavy floods from Mount Rwenzori in May 2020, re-instating this dam may take the cost of constructing a new one, experts are yet to reveal. A national concern was observed on 14th April 2020 when the mass docked at Owen Falls Dam choking turbines and resulting in a temporary National power blackout at a time when the President was set to make is State Address on COVID19. This cost government a lot of money to remove. These floating islands too, have the capacity to block waterways and other economic activities within the water bodies as was the case in Lake Kyoga in 1998. It has also impacted on Water Transport and Bridge Construction, water transport facilities operated by Uganda National Roads Authority (UNRA) have already been affected by rising water levels. These include ferries along River Nile which have been suspended as there are inundation and submergence of jetties and landing sites, MV Kalangala was also suspended in late May 2020 pointing out the risk of exposing humans to an increase in water levels. In addition, the construction of Kyiko Bridge, downstream of Isimba Hydropower Dam has come to a halt and thus affecting national estimations of infrastructure development in the year 2020 and beyond. 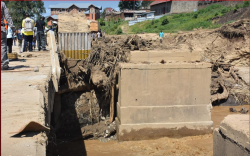 Images of the situation in Kasese district; Photo Credits, MoWT

The impacts of climate change on infrastructure are critical in-service delivery in all sectors for example, education, health, agriculture, transport, markets among others. This also comes with high costs of repair and maintenance of these infrastructure damages which at times lead to the creation of supplementary budgets, all these are resulting from poor planning. Therefore, this calls for stakeholders’ engagement at all levels (from the grassroots levels) in proper pre and post planning for mitigation measures to combat the effects of climate change for efficient service delivery to the people.

As CoST Uganda we commend the government of Uganda for the steps taken to combat the effects of climate change on infrastructure for example mapping of wetland areas around major water bodies, spearheading the afforestation programs in Elgon area and many other interventions made. However, there is need to streamline the planning of infrastructure development projects with a Multi-Stakeholder approach in relation to environmental characteristics in the areas earmarked for infrastructure projects, detecting, monitoring and installation of advanced warning equipment’s – machines along disaster-prone areas to inform notices and alerts to inhabitants to inform evacuation efforts prior to the occurrences of the disasters that risk human lives. Deliberate efforts to monitor construction works along water bodies and disaster-prone areas should be ensured as well as strengthening existing institutions to enhance their responsiveness to such effects. We, therefore, recommend the following to the government;