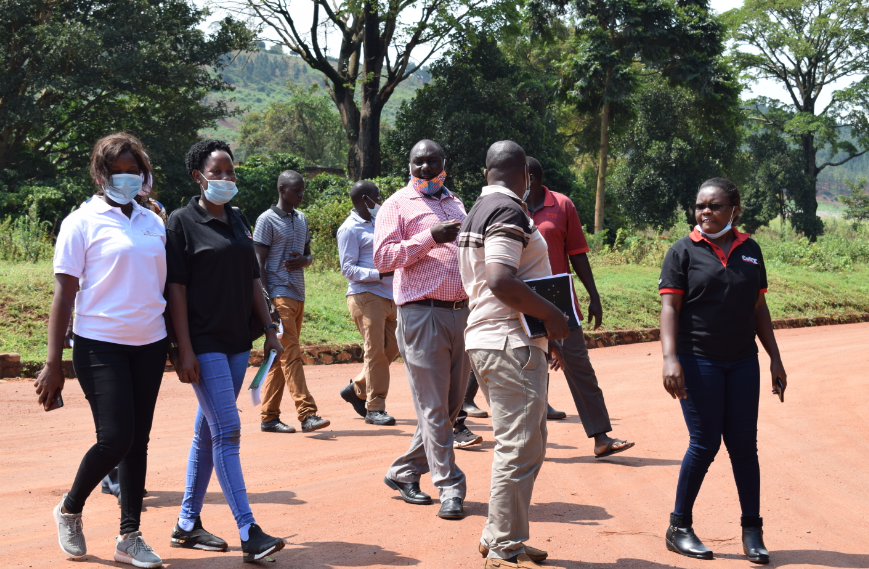 A Community Baraza conducted by CoST Uganda in partnership with Ministry of Works and Transport (MoWT) on 12th September 2020 revealed that, Multiplex ltd had failed to adhere to the contractual obligations and requirements to address concerns on the upgrading to bitumen of a 3.1Kms Access road to Busoga College, Mwiri access road. Resulting from their Negligence, damages and lack of disclosure, the company was charged 160M Uganda shillings. The Ministry of Works and Transport may have to address some of the gaps left behind by the contractor if they fail to address them and this might lead to unnecessary cost overruns, fortunately, the contractor is still within the defects liability period and there is still hope. However, sadly, the contractor has received a lot of warnings from the Ministry with no action, save for promises. 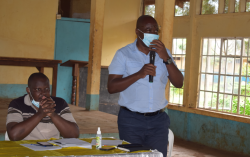 The project is among the eight (8) projects subjected to the 2nd Assurance Process. This project was pledged by the President of Uganda through the Prime Minister, Rt. Dr. Ruhakana Rugunda, who is an old school boy at this school, during the preparatory meetings for the school’s centenary celebrations in 2009.The purpose of this project was to, therefore, fulfill the presidential pledge of 2009, and to also improve access to the school, especially during the rainy season.

The CoST Assurance process revealed that, the project cost was Uganda Shillings Four Billion, Four Hundred Forty Three, one hundred forty seven thousand, seven hundred fifty eight shillings only (Ugx 4,443,147,758). The project duration was 6 months (start date – 24th April, 2018 to end date – 12th January, 2018). The project would be owned by the Busoga College Mwiri and the nearby community whereas maintained by the Kakira Town Council. Of the budget, the contractor lost 160Ugx million back to the Ministry due to negligence and lack of responsiveness.

Multiplex Limited was the contractor selected through the Open Domestic Bidding process and the MoWT engineers were the consultants, the Ministry also designed the project in house. Some of the stakeholders involved included; MoWT, students and administration of Busoga College Mwiri, community members living around, NSWC, UMEME, and Jinja district Works department.

Assurance findings indicated that there was 80% proactive disclosure of the project information and 62.9% reactive disclosure. The MoWT was open to sharing project information with respective project beneficiaries.  Some Community members were involved in the project as casual workers, whereas, some communities expressed concern that their gardens (sources of livelihoods) had been destroyed. Some of the sections were being redesigned in order to have a smooth vertical alignment but the project cost was not affected. The casual workers did not have a designated area for meals and also a first Aid box was not observed at the site. Delay of attendance of site meetings by the contractor was observed. Project sign post was missing at km 0+000 hence it was difficult for the community to get to know the basic information about the project. 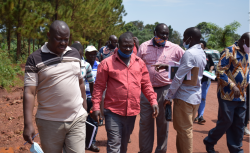 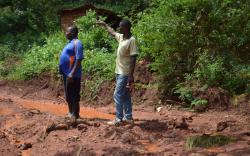 Following these findings, further engagements were held between various stakeholders to ensure better performance of the project; a community Baraza held on 13th July 2020 confirmed that, health and safety of workers was not put into consideration, there was no proper plan for environmental management and no Environmental Impact Assessment was conducted on the project, there was no resettlement action plan and citizen engagement on right of way for a possible project extension since some section of the road had been left out in the first phase of the project, there was no drainage and waste materials disposal management plan, continuous citizen engagement, and information sharing on the project.

A follow up Baraza conducted on 12th September 2020, revealed that, MoWT had done a great job ensuring construction works go on despite COVID19 pandemic and that, the second phase of the project had progressed very well at 65%, although, the second phase did not involve a contractor, the MoWT opted to use internal capacity through the Force Account Mechanism to deliver the project. Force Account is when a Government entity plans, designs, constructs, purchases materials and supervises an infrastructure project such as a road, school and hospital among others. This is mostly done on small scale projects but also in instances where an entity has the required internal capacity to deliver such a project.

From the follow up Baraza, despite the disruptions from the contractor’s lack of effective delivery and negligence, the project was well received by the community and; citizens are pleased to engage with it. They attribute upcoming economic growth of the community to the infrastructure development around them. The citizens were very informed and had built ownership of the project, key stakeholders that had been left out in the first phase, such as Kakira Town council, UMEME and National Water had been engaged and these in turn addressed the concerns the community raised. In addition, the MoWT had conducted an ESIA and shared findings with the local citizens. Meanwhile, there was one major challenge of lack of an information wall for the project and poor drainage systems; there were two accidents reported on the project and these required speed humps to be rectified; the MoWT committed to put these in place, where possible. Temporary humps would be erected as construction works were ongoing.

Enabling infrastructure development in complex times can be challenging, but seeing citizens focused at supporting Government programmes during COVID19 pandemic is very inspiring. As we continue to engage the line Ministry to further its efforts in engaging the Multiplex Company to complete pending works on the first phase, we also encourage the MoWT to strengthen project monitoring and institutionalize citizen engagement, information sharing across all projects within the Ministry and across its agencies. Private sector Associations such as UNABEC are called on to engage with contractors to deliver quality and timely infrastructure, poor performance affects the reputation of local firms in the long run.