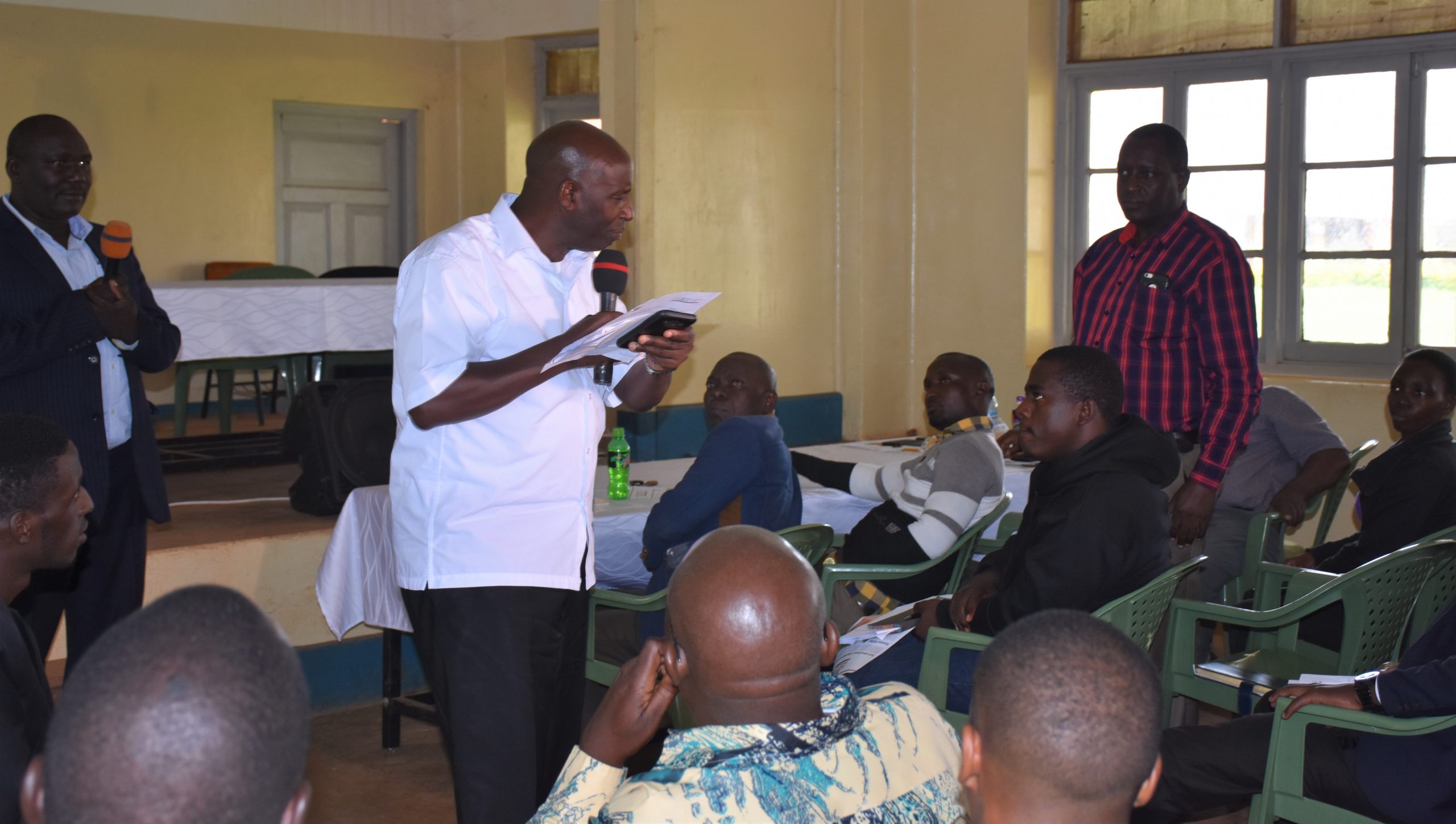 To date, the Government of Democratic Republic of Congo (DRC) President’s office has contacted CoST International seeking to deploy this great tool in infrastructure monitoring. Our CoST sister Chapters in Ghana- Sekondi Takoradi and in Honduras in Latin America have asked CoST Uganda to work with them to customize this tool to their context. It is important that our own Government Institutions embrace this great initiative in the sector.

The tool was launched by the CoST Uganda Multi-Stakeholder Group during its, one day’s training of public officials, on Disclosure and Monitoring of infrastructure projects. The training was held on 21st February 2020 at the Urban by City Blue Hotel in Kampala, was opened by the Minister of State, Works Hon. Peter Lokeris, and closed by the Engineer In Chief, Ministry of Works and Transport.

The very interactive disclosure workshop was attended by 51 Government officials from 22 Government agencies, 8 Local Governments, 14 Central government institutions. The public officials were introduced to the CoST OC4IDs, the Infrastructure Monitoring Tool, and the Assurance Process. It was an opportunity to re-share the findings from the 3rd Assurance process igniting continued support from stakeholders.

Imagine a simple way of making that data from the field SPEAK??

The underlying causes for capacity building of public officials in Uganda;

The workshop was built on revelations from; CoST Uganda Scoping Study[1] that Uganda has an enabling environment for implementation of the CoST approach and the data disclosure initiatives, provided that issues regarding existing policy, data capacity, and civic engagement are addressed. The Study, however, pointed out barriers to disclosure of infrastructure data related to limited capacity of Officials in Procurement Entities, the 2nd and 3rd Assurance Reports on 21 selected projects revealed continued gaps in project management, procurement, project monitoring and supervision which have rendered most infrastructure projects indefinite but also, increased time and cost overruns rendering the public to risks resulting from poorly constructed infrastructure.

To address inefficiencies and mismanagement in the implementation of infrastructure, and to add value to the assurance process, CoST Uganda developed an Infrastructure Monitoring Tool, with partnership from various stakeholders. The tool was introduced to eight District Local Governments, including Kabale, Ntungamo, Wakiso, Mbale, Gulu, Arua, Mbarara and Masindi. Experiences from these training have revealed increased skills and capacity for oversight committees in infrastructure monitoring and advocacy for better performance by other civic agencies. The use of the tool has boosted monitoring resulting in improved performance, and budget enhancements by some local governments for continuous engagements with stakeholders.

The one day’s training was an opportunity to scale up CoST Disclosure processes and the electronic Infrastructure Monitoring Tool to Government institutions at the national level. The Multi-Stakeholder Group also commissioned its 4th Assurance process on 19 sampled infrastructure projects from seven Procuring and Disclosing Entities.

Why Disclosure must the be norm?

What next after the Disclosure and Monitoring training?

CoST Uganda will be monitoring and following up on these commitments, and action points across the various PDEs in Uganda. It may appear a long journey ahead promoting this tool, but we are determined to make it happen by bettering infrastructure delivery in Uganda. 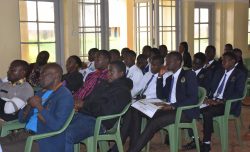 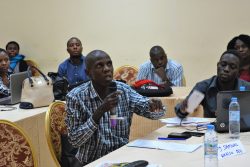 Is E-IMT gaining track across the globe?

Well, conceiving the idea to develop an Electronic Infrastructure Monitoring Tool in 2018, we had no idea that, it would gain this track of interest across the globe. Something that started with stakeholder consultation and pre-testing exercise in the small town of Wakiso, Makindye Sabagabo, is now getting global attention.

Everyone needs an infrastructure that benefits them, markets that are accessible, roads that are well built, schools for their children and hospitals that deliver quality and effective health services among others. No one would not wish to have that best infrastructure, built with their knowledge and to their appreciation. And thus, the gist of the E-IMT. Every supervisor, Local Government Chairperson or Chief Administrative Officer, or District Project Engineers, Government Permanent Secretary and or Politician would be pleased to see real-time infrastructure monitoring reports to inform their decision.

Well, the Infrastructure Monitoring Tool is solely meant to help you in collecting, compiling, identifying issues and gathering them into an instant monitoring report that helps you to make informed and real-time decisions on infrastructure projects. The tool would add value in securing maximum output of the time officials spend in the field with tangible feedback/evidence of how your projects are performing. It also adds value by disaggregating what this data actually means, for a decision-maker or supervisor. It does not give room for name and shame but it is purely aimed at helping improve performance.

Having been on the development team, and introducing the tool to eight local governments in Uganda, the CoST Uganda Programme Coordinator, Ms. Olive Kabatwairwe is pleased to recommend this tool to anyone in the public infrastructure sector across the world. The tool is developed using the CoST Infrastructure Data Standard and by its design, it would give you a mini Assurance Report on that project under delivery. For now, the tool can monitor projects under implementation, projects in procurement would be tracked through the Government’s Procurement Portal and E-GP.

If you are a Government official interested in using this tool, you may contact the CoST Secretariat via info@cost.or.ug to be added to the users of this E-IMT. All data stored in this tool is Government Information and protected by law. The general public would access data that has been approved and accepted for pro-active disclosure.

If you are in a no Internet access location, we have you covered, please access the Hard copy Infrastructure Monitoring Tool via https://www.cost.or.ug/download/cost-uganda-infrastructure-monitoring-tool-imt/ 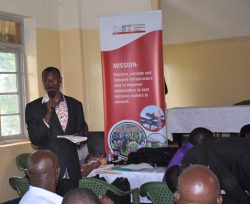 30 Days after the Launch of the 3rd Assurance Report, what do we see?